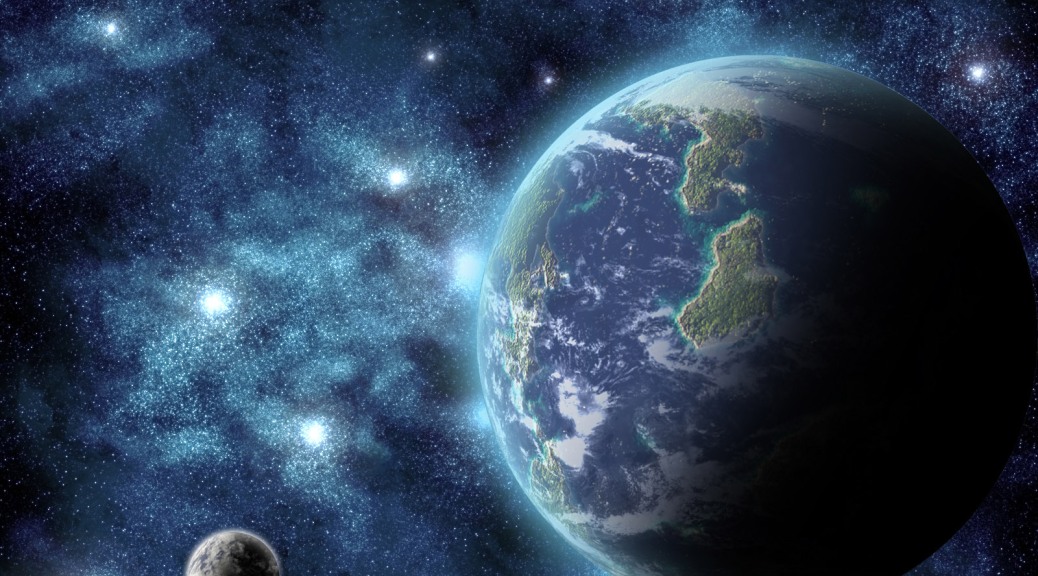 Earlier this year, Mike Brown—an astronomer at Caltech who is famous for his role in the (somewhat controversial) planetary demotion of Pluto—offered, seemingly by way of atonement, evidence for the existence of a large planet in the outer Solar System.

But this distant world would be no pipsqueak, like the other icy, planetary embryos that we’ve discovered in the Kuiper Belt.

In fact, Brown and his team calculated a mass for the object of approximately 10 times the Earth’s, suggesting that it was the incipient core of a giant planet (like Jupiter or Saturn) that was jostled in the early phases of the Solar System’s formation, and rudely ejected into an astonishing 149 billion-kilometer (92 billion-mile) orbit, or nearly 75 times more distant than Pluto.

That means the hypothetical planet’s “year” can last anywhere from 10,000-20,000 terrestrial years.

Now, the evidence for the existence of such an object is indirect—specifically, the effect it seems to be having on neighboring outer Solar System bodies, called Kuiper Belt Objects (KBOs). Six of these objects had been detected with wildly eccentric orbits, including the large planetoid Sedna, with an orbital period of 11,000 years.

PLANET X, NEMESIS, AND ALL THE REST

A team of astronomers using the Canada-France-Hawaii Telescope on the Outer Solar System Origins Survey (OSSOS) have now detected a seventh such object, called “uo3L91.”

“Hey Planet Nine fans, a new eccentric KBO was discovered. And it is exactly where Planet Nine says it should be,” Mike Brown tweeted. Furthermore, he says, the new object “takes the probability of this being a statistical fluke down to ~.001% or so.”

Whether this hypothetical, 10 Earth-mass planet is the famed “Nemesis” object, said to be responsible for cometary influxes that cause mass extinctions on Earth, remains to be seen (though astronomers are, understandably, skeptical); but with the detection of uo3L91, the case for something massive lurking in the outer Solar System, and affecting the orbits of distant planetoids, just got a little bit stronger.

But we’ll have to wait and see. Perhaps more such detections will let us nail down the giant planet’s orbital path; maybe then we’ll be able to snap a picture of it with some next-gen Earth-based telescope.

Till then, keep your eyes peeled for more eccentric KBOs.