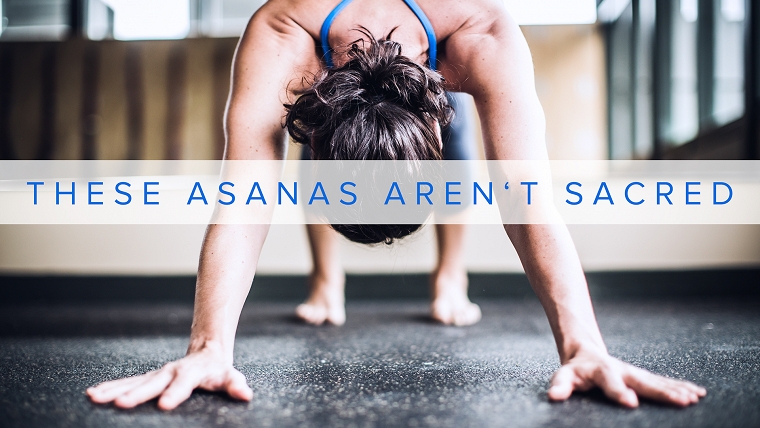 A few years back, articles about the 20 to 40 postures practiced in a standard yoga class began appearing. The assertions were that most of these poses were under 200 years old, rather than the oft-touted 5,000. This caused a great deal of harrumphing among the old guard who were teaching “traditional yoga” (myself included). What do you mean that the sage Patanjali didn’t do downward dog? Lord Shiva didn’t grant us warrior II? Isn’t this the sacred yoga asana of antiquity?

Perhaps not. In fact, most of these poses came through Krishnamacharya’s lineage (who died in 1989 and taught B.K.S. Iyengar, Pattabhi Jois, T.K.V. Desikachar, Indra Devi, and other yoga masters). Yes, in the 15th century Hatha Yoga Pradipika, one can find many references to postures that look similar to poses practiced now. The HYP is said to be the oldest surviving text on hatha yoga, one of the three classic hatha yoga texts (the other two being the Gheranda Samhita and the Shiva Samhita). But are the similar poses we encounter in class today truly capable of healing myriad ills and aligning the energetic system, preparing it for enlightenment?

Read the full article at YogaInternational