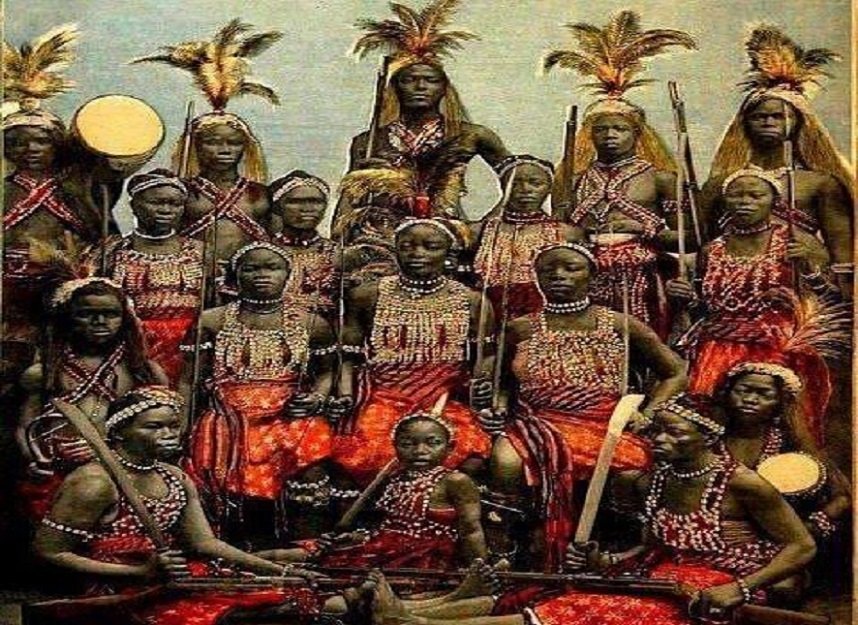 In the 1800s, there was an all-female army in modern day Benin that pledged a similar loyalty to the throne. They were known as the Dahomey Warriors and were praised for their bravery and strength by local leaders and European colonizers alike who encountered them. Their role in preserving the mighty Dahomey kingdom cannot be overstated.

The growing conversation about the Dora Milaje therefore presents a perfect opportunity to learn about the Dahomey women.

The Dahomey Warriors were traditionally called the N’Nonmiton, which means “our mothers” in Fon, the language of the Fon people of Dahomey, now in present day Benin. Some European historians and observers called them the Dahomey Amazons as they reminded them of the mystical and powerful all women’s army called Amazons in Greek mythology.

According to a beautiful comic by the United Nations Educational, Scientific, and Cultural Organization, the Dahomey Warriors first appeared as part of the entourage of the King of Dahomey’s bodyguard in the seventeenth century. They were to ensure his personal protection and guard the royal palace. Soon, the women’s number and prominence grew – from a troop of 800 to 6000. They would later go to fight in battles against other kingdoms as the Dahomey began to expand, lost their male soldiers in war, and were threatened and attacked by the French.

The Dahomey Warriors were known to be especially skillful, competitive, and brave. Their drills and military parades were always performed to dancing, music, and songs and their weapons were sometimes used as choreographic props. As expressed in their songs, their goal was to outshine men in every respect, and European travelers observed that they were better organized, swifter and much braver than male soldiers. As such, the King would send them to war as opposed to their male counterparts and European soldiers would also hesitate to kill them as they were often young women.

The women also enjoyed privileged relations with the king, swearing to celibacy and living in the royal palace, which only the king and his entourage had access to. As a testament to their power, women servants rang little bells to warn the people of the women soldiers’ presence and inhabitants were required to move aside, bow and avert their eyes.

The Dahomey women’s army only became defunct when the Dahomey kingdom fell at the end of the 19th century. According to UNESCO, after two months of fighting and previously broken accords between the French and Dahomey, the king of Dahomey took flight and set fire to most of the royal palaces, marking an end of the Kingdom of Dahomey and its army of women in 1892.

The Dahomey king was later arrested, deported to Martinique, then Algeria where he died. Dahomey then became a French possession between German Togo and British Nigeria, until Benin declared independence in 1960.

The Dahomey women are truly a testament to the real life story of the African women depicted in Black Panther. Their importance as strategic allies in the safety and vitality of the nation cannot be overstated.