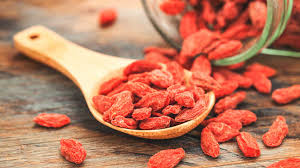 A new vegan restaurant just moved into Brooklyn, one of New York City’s up-and-coming restaurant hubs. But instead of following the neighborhood’s hipster dining scene and charging $10 for a green juice or $16 for a salad, Sol Sips is making plant-based food accessible to everyone.

Twenty-one-year-old Francesca “Sol” Chaney opened her new vegan venture on a mission to provide healthy, delicious, and convenient food to the inner-city community. As a city dweller working three jobs, she could relate to the struggles many people face when deciding what to eat. She believes that people in low-income areas may not prefer fast food over healthy food, but in a world of expensive green juices and superfoods, those with fixed incomes may not have much of a choice. “The wellness community can be really classist,” Chaney said to Essence.

Chaney insists that the wellness community is not just for the upper-class. As a full-time student, she discovered the benefits of a plant-based diet. She began making her own smoothies for on-the-go meals, and she noticed how this plant-based fuel propelled her through her demanding days. “I was feeling more energized and lighter,” she claimed.

Encouraged by her own improved health, Chaney began making smoothies and juices for her friends and family. Fast forward three years and Sol Sips was born. Nowadays though she’s making more than just smoothies. The menu offers cafe staples, such as vegan omelets, soups, wraps, and juices. On weekends, brunch is served on a sliding scale menu, where anyone can purchase a complete vegan meal (including a beverage) for $7-$15. “My mission to help close the accessibility gap in wellness,” she said. Chaney also wants to close the gap in minority underrepresentation. As a black female entrepreneur, she feels that her community has not been given its proper recognition. “Clearly, we’ve prepped the table, we’ve yet to get a seat at it,” she remarked.

However, Chaney is not deterred. Her plans for Sol Sips include a farm-to-table component, in addition to launching an internship program for “brown girls” in East New York, Brownsville, Bushwick, and Bed-Stuy.