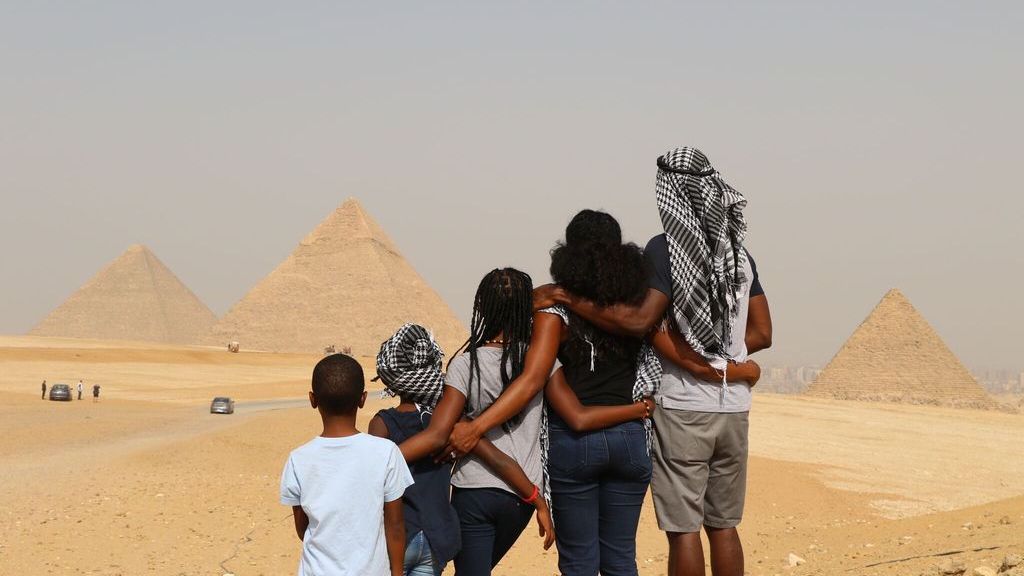 This time last year, 34-year-olds Sarah and Jermaine Griggs seemed to be living the American dream. They were homeowners in California, the parents of three smart and beautiful children and the owners of two successful businesses including an online marketing consulting firm called AutomationClinic.com, and an online instrumental music company called HearandPlay.com.

But even with all of the assets that would seemingly make any family happy, the Griggs knew something was missing. With an itch to travel the world and introduce their kids to new cultures and adventures, Sarah and Jermaine knew that settling for a comfortable life in the United States was far from fulfilling. That’s why six months ago, the family of five set out on a journey to travel the world full-time and homeschool their children while doing it. “The inspiration came from a profound realization that these are our best years together and we shouldn’t spend this time trapped in what society wants us to do,” Jermaine tells Because of Them We Can. “Traveling around the world has been a desire for us but seemed like an impossible challenge with three school-aged children. When would ever be the right time? That’s when we decided to put our dream home on the market, notify their private school that we wouldn’t be returning, and started making preparations for the year ahead.”

So far, the family has visited 16 countries with Portugal being their latest stop.

“Our children are home-schooled, or you could say ‘world-schooled,’” says Jermaine. “We believe the world can be their school. That doesn’t mean the kids won’t return to traditional school, but for now we use online curriculums and supplements like Time4Learning, Khan Academy, IXL, Splash Math, plus field trips and experiential learning.” “I think it comes down to our comfort level with the country,” says Jermaine. “For example, some told us that India might be too much for the kids but we definitely wanted to see Taj Mahal, so we made it a short trip. But after experiencing India ourselves, we’re convinced that we need to return with a longer itinerary.” The family notes that their visit to Taj Mahal has been a highlight for them, in addition to other amazing adventures like landing via a helicopter on the top of a glacier in Queenstown, New Zealand, and taking a sea plane and landing on water in Fiji.

“There’s just too many,” says Jermaine of his favorite experiences thus far.

Their oldest child Jadyn, who is 11, says the Sacred Monkey Forest Sanctuary in Ubud, Bali was her favorite place to visit because ever since she was a toddler she’s had a fascination with monkeys and apes. “In fact, one of her favorite movies, I know this sounds bad, when she was younger was ‘Planet of the Apes,’” explains her dad. “Having hundreds of monkeys roam around freely, jumping and swinging on her shoulders was a dream come true for her.”

As entrepreneurs, Sarah and Jermaine say they are blessed to have a supportive team at home who manages the day-to-day operations of both companies while they travel. But to prove that starting your own company isn’t a prerequisite to traveling, the couple says they plan to start a blog where they will share tips and advice for other families who are looking to financially afford trips around the world with their kids. Through their traveling journey, Sarah and Jermaine say they hope their three children will develop a better understanding for life beyond the comforts of the U.S.

Read the full article at BecauseOfThemWeCan