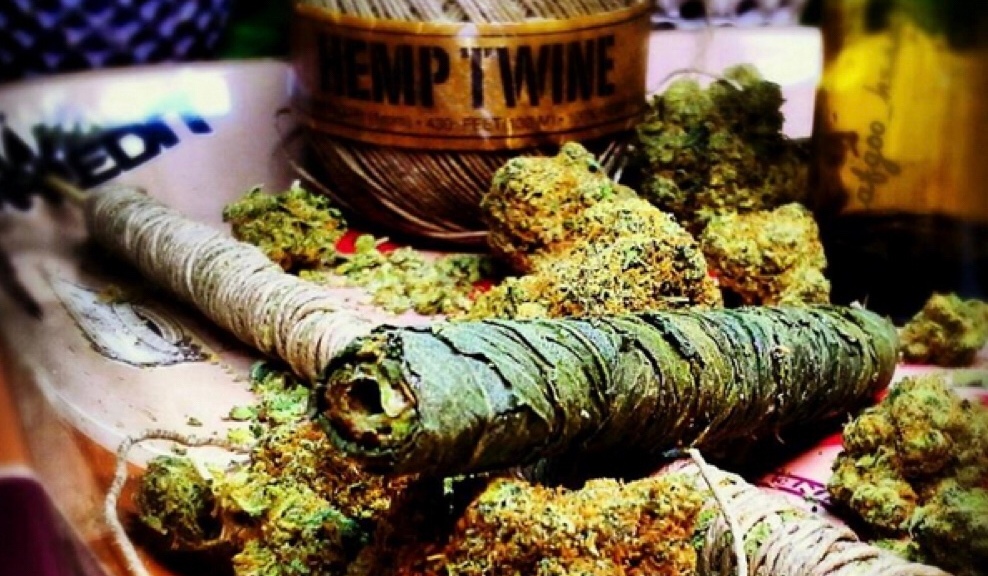 Thai Sticks are essentially the OG cannabis cigar. When rolled properly, they burn like velvet. So how do you make one for yourself, and why aren’t they more popular in 2019?

Even the most experienced cannabis connoisseur may be unfamiliar to the world of Thai Sticks and how they’re smoked. Put simply, these green giants are whole-bud cannabis cigars wrapped in plant leaves. However, when you peel back the layers on these weed kebabs, you’ll find that there’s far more going on than you might imagine.

History of the Thai Stick

Thai Sticks were introduced to America after the Vietnam War, when soldiers came back to the US straped with these potent blunts. And Americans imediately fell in love with them because they got you high as hell. Many believed the Thai Sticks of yesteryear had opium in them, but no one knows for sure. Realistically, it was probably the hash oil used to bind them that convinced people they were puffing on something stronger. These original cannagars were likely more potent than American weed was at the time.

How Do You Make a Thai Stick?

First, take your bud and skewer it with a bamboo stick, kebab-style. Long before Americans got their hands on Thai Sticks, it’s believed that the bamboo skewers were dipped in opium, which obviously launched smokers into a wild high. Today, however, hash oil or sugar water is used to coat the skewer, helping the seedless nugs mold around the stick. The choice between using hash oil or sugar water depends on how high the smoker wants to get.

Once the cannabis secures tightly around the stick, the buds are then wrapped in plant material, tied with hemp wick, and vacuum-sealed to cure. Most smokers choose to wrap their Thai Sticks in leaves from the marijuana plant, similar to the way Southeast Asian cuisine uses banana leaves to wrap certain dishes. In other words, you can tailor your Thai Stick to your preferred method of smoking.