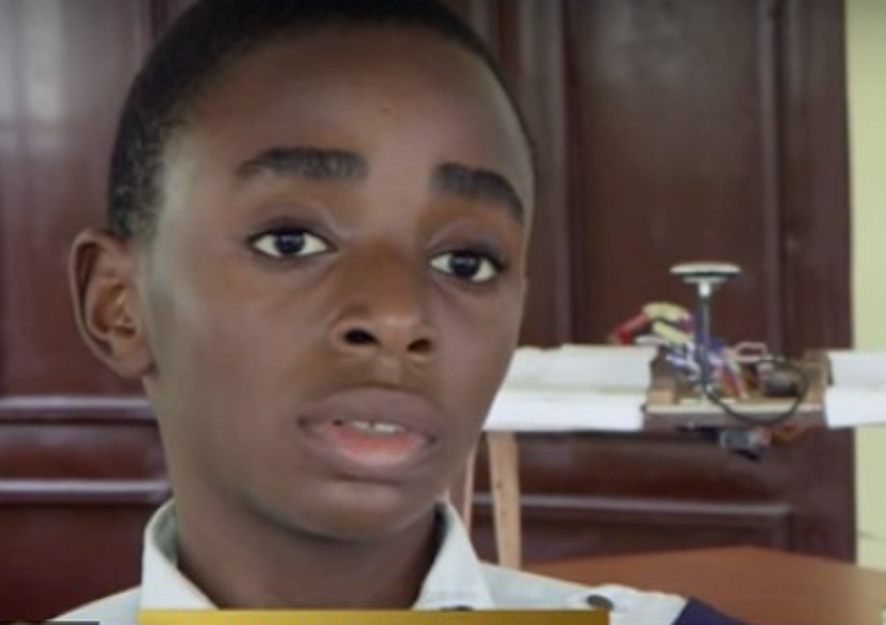 Opateyibo led a team of Lagos State Polytechnic students to produce the country’s first prototype of a drone, which authorities in Lagos hope to deploy for security surveillance.

The drone project is part of the training curriculum in the University with the aim of developing technology that will be at par with the rest of the world whilst empowering young people and providing job opportunities.

When tested, Opateyibo’s drone could fly 15 minutes in the air with a maximum altitude of 2000 feet.

The drone is a high breed mix of existing drone components and locally fabricated material.

“Aside from using drones for aerial surveillance, you can also use them for aerial photography and videography, or for broadcasting, incidence control or pipeline and power line inspection. You can also use drones in agriculture, to analyze farm produce,” Opateyibo said in an interview.

There’s continuous discussion among the team members on improving the capability of the first Nigerian made drone.

Even though Opateyibo was a student, he was also one of the associate instructors chosen to participate in building the first aircraft, STOL CH750 at Zenith Aircraft Company’s facility in Missouri US and Mexico.

The aircraft is the first of its kind in the country built by five students – Opateyibo, Fausat Idowu, Aliyyah Adio, Michael Fakuade and Abdul-Hafeez Onisarotu.

When completed, the plane, according to Solomon Adio will be shipped back to Nigeria and put it into use as both a training tool and a functional aeroplane.