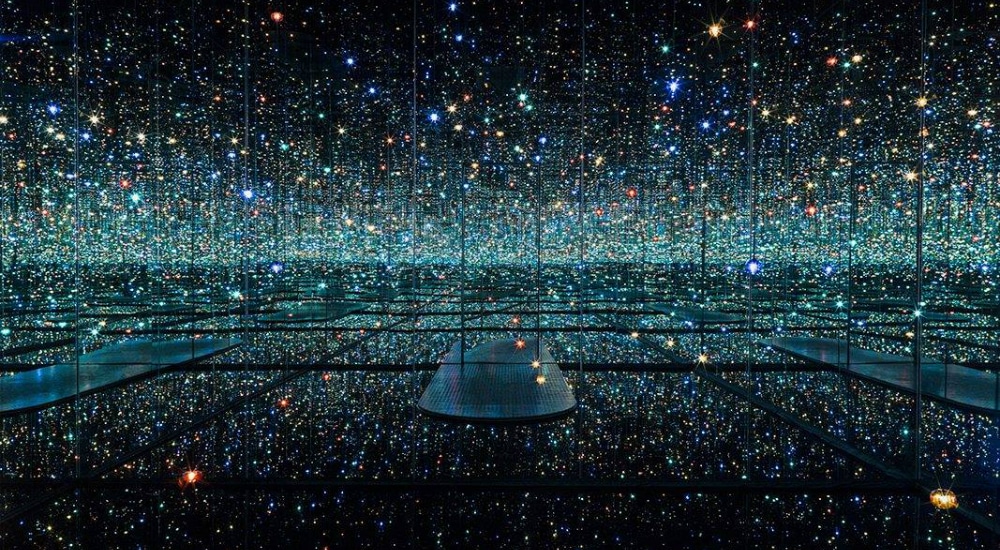 If there’s one exhibition that’s absolutely blown up over the past few years in the art scene, it’s definitely Kusama’s Infinity Mirror Room.

The last time Yayoi Kusama was in New York City she drew roughly 75,000 people to her exhibit! Almost three years since then, Kusama is bringing a brand new exhibit to the David Zwirner Gallery (West 20th Street) from November 9 and December 14 called Every Day I Pray For Love. Featured in this new show will of course be another one of her popular Infinity Mirror Rooms.

Kusama’s method of using mirrors to create the illusion of infinite space with a kaleidoscopic effect has made her a pop-culture icon (along with her famous use of polka dots). It’s safe to assume that lines for this exhibit will be insane. The crowds that waited to enter her two-room exhibit at the gallery back in 2017 never let up over the course of the exhibit’s 80-day run. Some people reported waiting up to 5-hours to check it out…and plan to do it again this time around!

Considering Kusama’s show this year will be much shorter, we’re already mentally prepping ourselves to wait in line for hours on end. And as an impatient New Yorker who hates waiting in lines, that’s saying something. That said, be sure to show up with a fully charged phone and be prepared to only spend about 1-to-2 minutes total inside (everyone needs a turn after all!).