Haiti became free on January 1, 1804, and on that day it acquired a new name too. Previously called Saint-Domingue, the territory had been France’s most profitable colony, its plantation economy dependent on a brutal system of slave labor. Following an insurrection that grew to a full-fledged revolution, Haitian slaves and gens de couleur libres—free people of color—defeated the French military and declared for themselves a republic. The new name was also an old one: Haiti (in Haitian Creole, Ayiti) came from the indigenous Taino word for the region. It means “land of the mountains.” 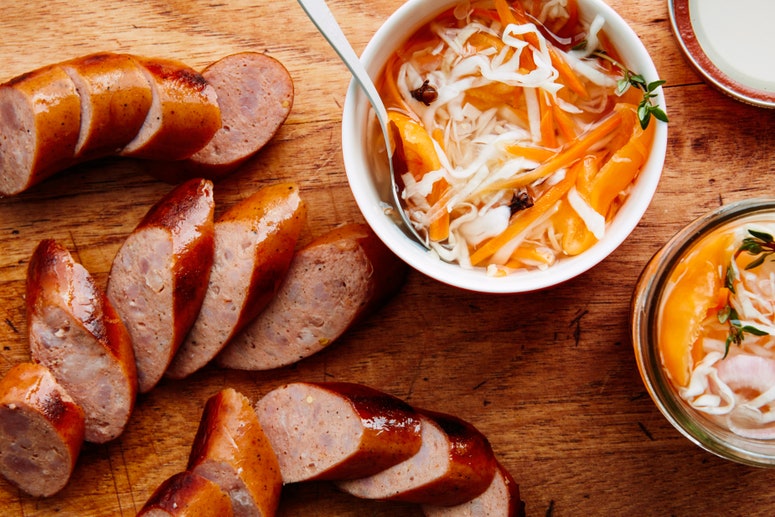 After freedom, it was time to celebrate. And to eat—at least, according to the legend surrounding the origins of soup joumou, a pumpkin soup that swiftly came to symbolize Haitian independence. The dish is the subject of a forthcoming documentary, “Liberty in a Soup,” by the filmmaker Dudley Alexis, who traveled to Haiti to dig into its history. “There’s no written account,” Alexis told me. “But the story behind it is, blacks and slaves were not allowed to drink the soup.” It was a delicacy—something reserved for French slave masters. When Haitians threw out the French, they vested this previously forbidden food with new meaning. “The soup became a symbol of Haitian independence and freedom,” Alexis said. (It may have been Marie-Claire Heureuse, the wife of the revolutionary leader Jean-Jacques Dessalines’s wife, who initiated the tradition.)

“Soup joumou is everything. For Haitians, it really is our freedom soup,” said Nadege Fleurimond, who runs a catering business in New York. The soup is a tradition in Haiti and across the diaspora. “If you speak to a Haitian in Paris or a Haitian in the Bahamas, the soup is going to come up if it’s January 1. Even if you don’t make it, you’re trying to find who made it so you can go eat it.”

The other day, in the kitchen of my apartment, Fleurimond was rinsing pieces of beef with vinegar and water, preparing to make soup joumou. She drained the beef and squeezed lime juice over it. The recipe is eclectic and variable—rich with beef and bone marrow, bitter with turnip, starchy with potato, thickened with noodles, spiced with cloves and Scotch bonnet pepper. (This is about a quarter of the ingredient list.) In my opinion it is the perfect marriage of pumpkin soup and beef stew, leaning slightly in the direction of the latter. Far from dominant, the pureed pumpkin gives the soup a slightly sweet, vegetal backbone.

Substitutions are possible, Fleurimond said. Do you lack access to joumou—the Haitian Creole word for calabaza squash? Use butternut instead. No Scotch bonnet? Habanero works. Fleurimond told me her flexible approach to cooking reflects the influence of her father, who brought Fleurimond from Haiti to Brooklyn when she was seven years old. “He always said that his measurement of a good cook was, you should be able to create no matter what is in your cupboard,” she said.

We may be poor, but we’re the first black republic. We may be suffering but we’re children of revolutionaries.

When Fleurimond graduated from college—Columbia University, political science, 2003—she expected she’d continue on to law school. And when she started catering full-time soon after, she kept law school on her mind, studying each year for the LSATs. “Coming from an immigrant household, you don’t think of catering and food as professions,” she said. “The expectation is, you’re going to be a doctor, or you’re going to be a lawyer. That’s what your parents expect from you.” By 2013, though, it became clear there was a reason Fleurimond had been putting off making the next steps toward the law—she’d rather be cooking. “I was like, ‘You know what, Nadege, you’re not going to law school,” she said. “‘Just give it up.'”

Nowadays Fleurimond is a caterer but also a kind of food impresario, hosting events like a brunch series that features talks from prominent Haitian-Americans. She founded Haiti Global Village to help rebuilding efforts in Haiti following Hurricane Matthew, and in 2014 published a cookbook/travelogue called Haiti Uncovered: A Regional Adventure Into the Art of Haitian Cuisine. “I do food, but I’ve always been big on the conversation that surrounds food,” Fleurimond said. “Writing my book was about that—to get the Haitian person to understand a little bit more deeply our heritage. But it was for the non-Haitian person to also pick up this book and be like, ‘Oh, I didn’t know this.'”

In the kitchen, the first step was to make Haitian epis, a sort of all-purpose flavor base like sofrito or mirepoix. Into the food processor went onions, garlic, parsley, each color of bell pepper, oil, and a few leaves of basil. Blended, the mixture looked like confetti, and after she took it out of the processor Fleurimond coated the chunks of beef with it, setting the meat aside to marinate while she and I created a mountain of chopped vegetables on the countertop.

After stewing the beef and chunks of pumpkin together in broth, we removed the pumpkin, pureed it, and added it back in, and then the rest of the vegetables. (Soup joumou is almost universally described as a “pumpkin” soup, though calabaza is a squash; it’s a sticky subject.) You could smell what was on the stove from the foyer of the building. While the soup cooked, Fleurimond talked about what it means—that is, what freedom means for Haitians, freedom that is the result of the only successful large-scale slave rebellion, a first domino in the eventual cascading of the Atlantic slave trade. “It’s our ‘but,'” Fleurimond said. “It’s like, we may be poor, but we’re the first black republic. We may be suffering but we’re children of revolutionaries.” 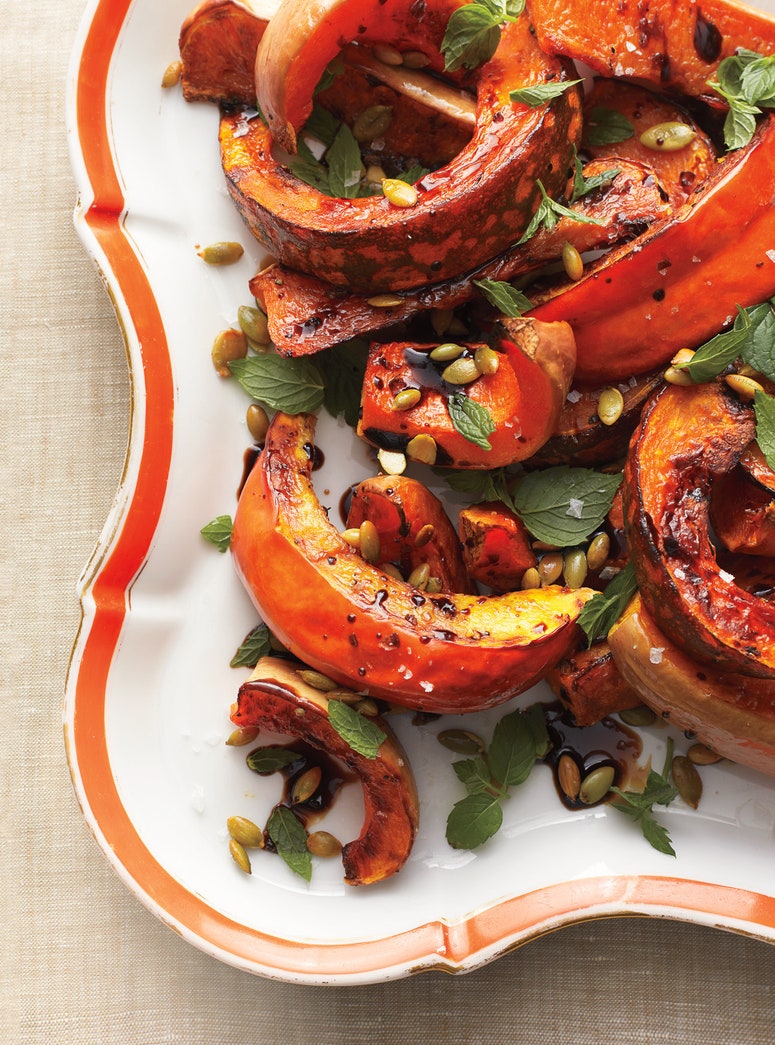 Haiti, Fleurimond said, has “been dealt a pretty bad hand.” Its status as a free black republic left it isolated in a region where slavery fueled economic progress, including in the United States. “When the rest of the world was enslaving black people, you have one black republic telling slaves all over the world, ‘You can be free too.’ They’re not going to look too kindly on that,” Fleurimond said. The U.S. didn’t recognize Haiti as a country until 1862, nearly 60 years after its revolution.

The country literally paid a price for its freedom: in 1825, French warships approached the Haitian coast and demanded compensation for Haiti’s gains, which were France’s loss—a ransom equal to ten times the young nation’s annual revenues. Faced with the threat of invasion, and the return of slavery, Haiti agreed to pay. Though it was a lesser amount than was originally demanded, the debt hobbled the brand-new country; at a certain point loan repayments took up 80 percent of Haiti’s annual budget. (These days, that France should itself repay this illegitimate bounty remains an open political demand.) Haiti continues to deal with the effects of that debt and various other economic disasters, compounded by natural disasters.

Fleurimond was thinking about putting together a Haiti Global Village event on January 1 but wasn’t sure she could plan it in time. In fact she wasn’t sure what she would be doing on New Year’s Day, though it seems likely that soup joumou will be involved. As we sat down in front of a couple fragrant bowls, I asked if the soup should be served with bread. Yes, she said: “That’s the thing we always joke about Haitian cuisine—people want to pile on as much starch as possible. It needs to hold you over, you know?” 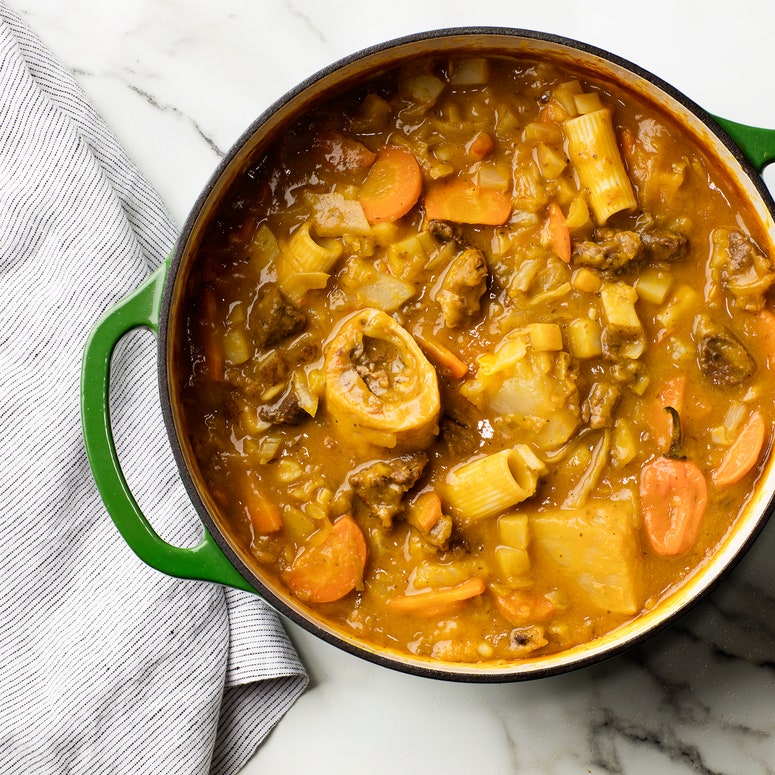