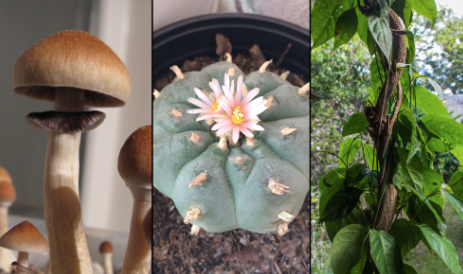 The Santa Cruz, California City Council unanimously voted in favor of a resolution on Tuesday that would effectively decriminalize a wide range of psychedelics by making them among the city’s lowest law enforcement priorities.

The measure—which was originally sponsored by then-Vice Mayor Justin Cummings (D), who’s since become mayor—says the city shouldn’t expend “resources in the investigation and arrest of persons twenty-one (21) years of age and older solely for the personal use and personal possession of Entheogenic Plants and Fungi” such as psilocybin, ayahuasca and ibogaine.

It further stipulates that possession and use of psychedelics by adults “should be considered among the lowest law enforcement priorities for the City of Santa Cruz.”

This is the latest in a series of local policy victories for the psychedelics reform movement, which kicked off with a successful ballot measure vote in Denver to decriminalize psilocybin mushrooms last May. Oakland’s City Council then unanimously approved a measure to make a broad range of plant- and fungi-derived psychedelics among the city’s lowest law enforcement priorities.

Now activists across the country are hoping to replicate that resolution, with organizers in roughly 100 cities aiming to decriminalize certain psychedelic substances through ballot initiatives and legislative action at the local level.

In November, Santa Cruz’s City Council heard testimony from the group behind the resolution, Decriminalize Santa Cruz. It was then referred to the Public Safety Committee and was amended prior to returning to the full body for a final vote.

Councilmembers revised the original measure in order to “to recognize the need for harm reduction and education for youth and families about drug prevention.” A provision was also inserted to clarify that “the sale, use and cultivation of Entheogenic Plants and Fungi to and by minors should be considered an exception that should require appropriate investigation by the Santa Cruz City Police Department.”

The word “cultivation” was also removed from provisions specifying the measure’s scope. But before the full Council vote on Tuesday, several advocates used the public comment portion of the meeting to urge that it be added back in, and members adopted that request before approving the final resolution.

“With possession and use being inserted without cultivation, that actually encourages the black market because there’s nowhere else to go,” Cummings, the mayor, said. “If people are are cultivating at themselves they know exactly what they’re producing.”

Activists celebrated their city becoming the third in the U.S. in less than a year to decriminalize certain psychedelic substances.

“These eight months we’ve been working on the resolution, I’ve met so many people whose lives were saved by entheogenic plants and fungi,” Julian Hodge, a founder of Decriminalize Santa Cruz and a member of Students for Sensible Drug Policy, told Marijuana Moment. “The Santa Cruz City Council took a great step to help those people today. I am incredibly proud to be part of this movement, and can’t wait to see the change we continue to make in the future.”

Another provision of the measure instructs the city’s state and federal lobbyists to “work in support of decriminalizing all entheogenic psychoactive plants, and plant and fungi-based compounds listed in the Federal Controlled Substances Act.”

Beyond Decriminalize Santa Cruz, a newly formed group called Project New Day also advocated for the reform move. The organization, which is focused on promoting research into psychedelics for the treatment of addiction and other mental health conditions, sent a press release on Tuesday highlighting comments from a military veteran who overcame addiction with the help of medically supervised psychedelics treatment.

“Psychedelic-assisted therapy saved my life,” Dylan Jouras said. “It’s important that people know there is an effective way to get better from addiction and deep mental health issues.”

While the local Santa Cruz resolution wouldn’t allow legal sales of psychedelics, another group of advocates is currently collecting signatures toward placing a broad statewide psilocybin legalization initiative before California voters on the November ballot.

In Oregon, organizers are hoping to put a proposal before voters that would legalize psilocybin for therapeutic use. Separately, a campaign in that state is pushing a measure to decriminalize possession of all drugs with a focus on funding substance misuse treatment.