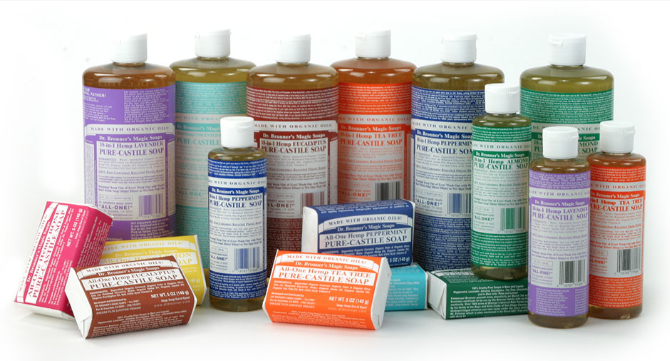 Dr. Bronner’s Magic Soaps has been around since 1948, when it was founded by Emanuel Bronner, a third-generation soap maker who immigrated from Germany in 1929. Dr. Bronner’s soaps are all organic and sustainably sourced from fair trade facilities around the world before arriving to its factory in Vista, California. Bronner’s life mission was to promote his philosophy called the Moral ABC, which called for peace and unity over religious and ethnic differences. Bronner’s philosophy is written in tiny text on all of his soap labels. The company says there are 18 ways you can use its liquid castile soap, including washing your face, body, hair, home, and even your teeth. Celebrities such as Zoë Kravitz, Lady Gaga, and Meghan Markle are rumored to be fans of Dr. Bronner’s soaps. Their most famous soap is the Peppermint Liquid Castile soap, which can cool the skin and clear sinuses