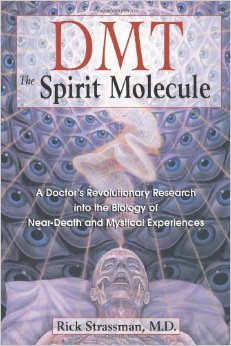 Gallimore has however in recent years proposed a method for keeping people in the ‘DMT space’ for longer periods of time – so that psychonauts can spend more time studying what is going on there – using a similar technology to that used when giving anaesthetic during surgery.

In a recent talk given at the 2019 Breaking Convention (embedded below), he explained both the technology, and his reason for coming up with the idea.

The properties of DMT, these kinds of pharmacological peculiarities that DMT has, reminded me of the pharmacological characteristics that are required for drugs used in anesthesiology. If you want to put somebody to sleep for several hours, what you don’t do is just give them an injection of a long-acting drug, because the drug tends to rise and then begin to fall and it’s very difficult to control.

So what you actually do is inject them with a short-acting drug that is metabolized rather quickly, and use a programmed infusion device…to deliver a controlled rate of a continuous infusion of the drug into the bloodstream and into the brain. It sounds like a very simple idea but of course simple ideas often behind them have rather complex science and that’s the case here.

Andrew Gallimore – Towards a DMaTrix machine: DMT for communication with alien intelligence

Gallimore used data from Rick Strassman’s DMT studies in the 1990s – which recorded blood levels of the psychedelic over time after injection – to calculate that a continuous infusion system could work by giving an initial dose of 25mg of DMT (infused over 30 seconds) to bring the individual to ‘breakthrough’, followed by continuous infusion beginning at the 2 minute mark, at a rate of 4.2 mg/min, to compensate for the drug being lost through metabolism and excretion.

“With this protocol in a living human being, you would expect to be able to hold them within the DMT space for as long as you wanted,” Gallimore proclaims.

(For those that might be asking, “hasn’t this guy heard of ayahuasca?” – yes, Gallimore is well aware of the South American shamanic brew. In the talk, he points out that while ayahuasca is a type of ‘extended DMT experience’, the level of DMT over that time is not regulated and kept consistent – there is never a stable concentration of DMT in the brain. Also, the average peak DMT blood concentration after consuming ayahuasca is around 15-18 ng/ml, whereas intravenous DMT using this method is over 100 ng/ml. So ayahuasca is not a suitable substitute for what he is doing.)

So what is Gallimore’s motivation for creating the technology to enable a ‘persistent DMT state’? He feels the experience is so extraordinary, and suggestive of some ‘other’ space or reality, that he thinks we should study it in detail – but a normal DMT trip is far too fast and intense for that.

Now when you’re thrust into the DMT space, this is why within the first five minutes…you’re very disoriented. What I would expect to happen over time, perhaps over several hours, is that it would begin to stabilise as the brain learns to construct a model of that environment. And this would then make the DMT state amenable to proper exploration, and testing.

I imagine teams of various disciplines – mathematicians, anthropologists, psychologists, cartographers, linguists, artists, neuroscientists, physicians, theologians – a variety of people to form this exploration team, the aim being to map and explore this new domain.

And in the far future, Gallimore believes technology will allow us spend really extended periods of time in the DMT realm, by being contained within a capsule that provides nutrition and waste removal for the human body while the mind explores this other, strange world.

“I really do imagine a time when you’re going to lie down in some type of pod, and you’ll enter your journey time, and you’ll set off for the universe next door,” Gallimore says.

And, he jokes with the audience, perhaps the ultimate truth will be revealed: “You could put someone into this machine for days, or weeks, or months, or years…or YOU COULD BE IN ONE NOW!”

Read the full article at DailyGrail