The potential for psychedelic drugs to be used to treat a host of mental disorders is quickly changing society’s attitude toward these very misunderstood substances. Earlier this month, a bill to decriminalize psychedelic “magic mushrooms” was introduced to the legislature of the state of New York. If the bill passes, it will make New York the first state to decriminalize the drug.

With magic mushrooms already successfully decriminalized in a few major cities, such as Oakland, there is a large amount of momentum right now, and companies have been rushing to enter this newly forming space. The rise of psychedelics has large pharmaceutical companies very worried, as their existing medications could be threatened by potentially superior psychedelic drugs.

Champignon Brands (CSE: SHRM) (OTCQB: SHRMF) (FRA: 496) is one company that believes they have the tools necessary to develop industry-threatening drugs. The companies that will be most successful in developing psychedelic medications will be those that build a strong foundation in drug formulation and clinical studies; Champignon has both of these in spades. 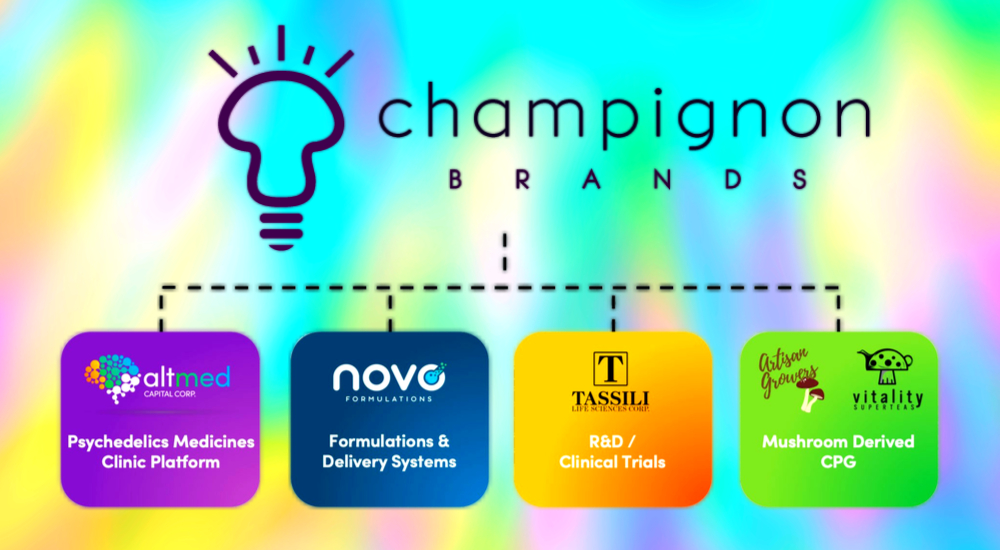 Champignon Brands knows that running clinical studies on drugs is incredibly expensive. To avoid these costs, the company has a chain of clinics where patients will go to receive treatments for their ailments. These clinics will specialize in different disorders, including depression, concussions, PTSD and addiction, and will be able to prescribe and administer drugs formulated by Champignon Brands using active ingredients included in medications currently on the market.

For example, Champignon will be able to acquire Ketamine from drug manufacturers, then use that Ketamine as one part of a new drug. These bespoke drugs will be designed and formulated by the company’s subsidiary in a GMP certified facility, distributed by compounding pharmacies for manufacturing and then administered at the clinics. Patients will then report their effects to their doctor.

Big pharma hates compounding as they are required by law to provide the API’s, or active pharmaceutical ingredients, to doctors and pharmacists looking to experiment and create new drug entities. They can use these new variations on humans because the base is created with FDA approved medications. The human data they collect can be compiled along with the formulation and delivery method to file a patent. It’s like tweaking a high-end Ford Mustang right before they come out with a much faster model; they can beat them to the punch.

These so-called “chart reviews” will allow Champignon to find the optimal combination of drug and delivery method to move forward with more rigorous clinical trials. In addition to being able to test a wide variety of drugs on a wide variety of ailments, these chart review studies are not paid for by the company. Instead, the patients are paying for their medications and treatments via their insurance companies. Champignon is effectively using insurance companies to help fund its drug development.

Champignon’s clinics rely on the effective administration of carefully formulated drugs. The company has established a world-class team of scientists and doctors to bring its drugs to market. The world’s preeminent authority on mood disorders, Dr. Roger McIntyre, was recently appointed CEO of Champignon Brands. In addition to his role at Champignon, Dr. McIntyre is a professor and head of the Mood Disorders Psychopharmacology Unit at the University of Toronto.

Dr. McIntyre came to the company when Champignon purchased the company he founded, AltMed Capital Corp. Dr. McIntyre’s clinic possesses the only license for Psilocybin in all of Canada and was the first and only clinic to conduct randomized controlled trials under Health Canada approval. Dr. McIntyre operates the Canadian Rapid Treatment Centre of Excellence (CRTCE clinic), which is dedicated to using Ketamine and Psilocybin to treat a variety of issues. The CRTCE clinic has thus far treated over 300 patients.

Early reports from Dr. McIntyre’s research has shown very promising results thus far, with patients reporting life-changing results, sometimes with as few as one dosage of the drug. Dr. Roger McIntyre states that, with periodic maintenance, at least 60% of people who undergo Ketamine therapy for refractory depression at his clinic report relief from symptoms for one year or more.

Ketamine is being reported as a more permanent treatment for depression because of how it works in the brain. Both traditional anti-depressants and Ketamine work by enabling the signalling mechanism in the brain to transfer the “feel good” chemicals from neuron to neuron. In depressed people, the helper protein, or the g protein, hides inside the neuron, refusing to help. When anti-depressants or Ketamine are administered, the g protein is forced to help, enabling the serotonin transmission from neuron to neuron-like an aide on a life raft reaching out to help others aboard—The only difference is after drugs like Prozac or Zoloft wear off the little man disappears—with Ketamine that helper sticks around well after the drugs are gone. 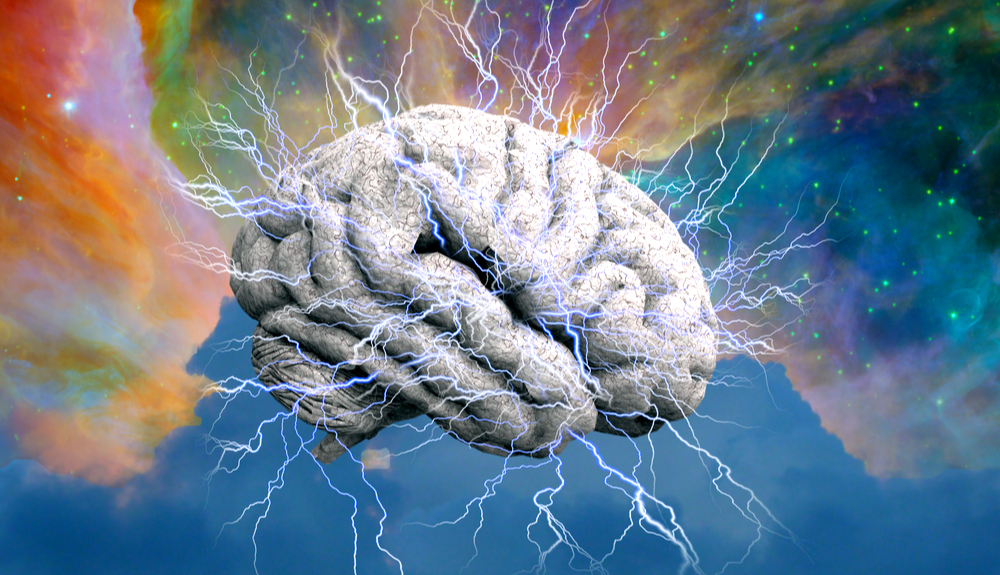 Champignon’s drug development program relies heavily on its proprietary drug delivery platforms. The technology was developed by Novo Formulations, which Champignon acquired in March. The platforms enable the more effective delivery of Ketamine, Psilocybin (magic mushrooms) and MDMA (the active ingredient in ecstasy or molly), allowing Novo to develop transdermal, intranasal and sublingual applications that can be filled with the active drug of their choice. These different delivery methods will give Champignon additional options in drugs to bring to market.

To kick start its Psilocybin drug development efforts, Champignon acquired Tassili Life Sciences Corp. Tassili has been partnering with the University of Miami to conduct pre-clinical studies on the efficacy of using Psilocybin to treat traumatic brain injuries and PTSD. The research has already yielded four provisional patents and will help form the basis for Champignon’s use of these drugs in its various clinics.

If You Can’t Beat Them, Buy Them

Drug development is a long, expensive and often fruitless pursuit. Carefully formulated drugs might work wonders in lab rats but fail in human subjects. Those drugs that do show efficacy must undergo years of human clinical trials, where their benefits are weighed against their risks. Often, the bad outweighs the good, and the drug is a failure—and can also take upwards of 10 years and cost $1 billion. This is the reason why most large pharmaceutical companies acquire their drugs by buying the intellectual property for drugs that have already undergone rigorous scientific study. Doing so helps ensure that they’re only investing in those drugs that have the best potential to make it to market.

Should Champignon Brands manage to develop the makings of a marketable drug, it’s a near certainty that the company will be able to sell its medicine to the highest bidder. The price would be determined by the market size and efficacy of the drug itself, which are both highlights of Champignon’s plans. Early results have shown that the initial versions of these drugs are having great success in treating widespread issues. The global market for psychedelic medicine is estimated at more than $5 billion on the low end, meaning any potential buyout would be quite lucrative for Champignon Brands and its shareholders.