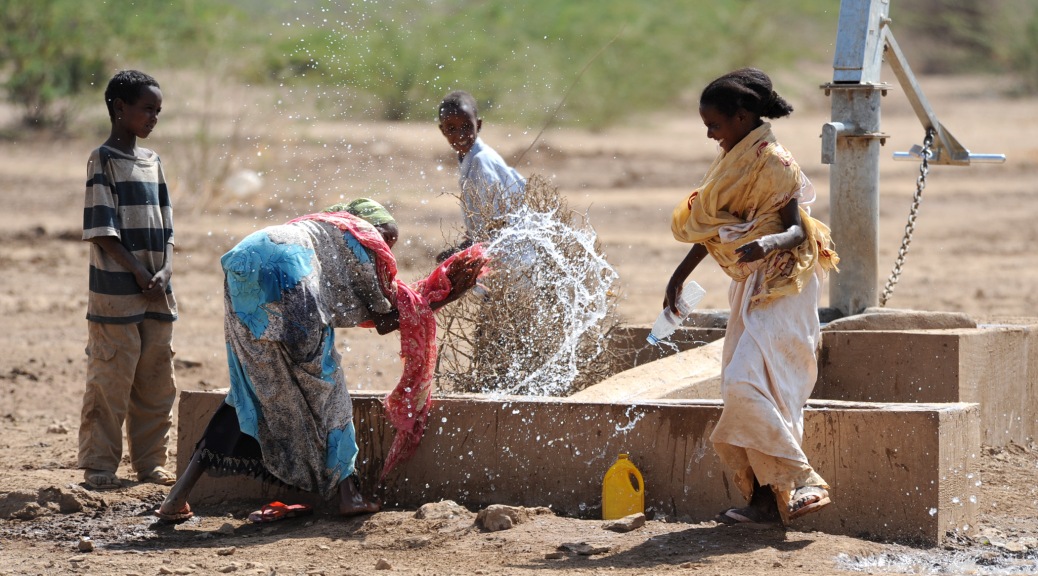 There is no shortage of water on Earth. Most of our planet is covered by water, but very little of that water is available for humans to drink.

Our “blue planet” is dominated by oceans that stretch across some two-thirds of its surface. These massive bodies of saltwater hold almost all the water on Earth.

Less than three percent of the planet’s water exists

Almost all of the rest of Earth’s freshwater resource is groundwater. This subterranean water emerges at the surface to feed streams and saturate wetlands. Groundwater provides a critical reservoir that can be tapped for agricultural, industrial, and environmental uses as well as for drinking water supply. Today, groundwater provides an estimated 25 to 40 percent of all Earth’s drinking water. Some of the planet’s groundwater resources were created during ancient climates and are considered non-renewable water sources.

Groundwater Water found below the Earth’s surface in geological reservoirs known as aquifers. Groundwater flows out of the ground naturally in springs and seeps, and can also be pumped out by wells.

A minuscule percentage of Earth’s water is in the form of surface freshwater—even though most people get their daily drinking water from rivers or lakes. Rivers and streams, though critically important for water supply, contain perhaps one percent of this freshwater—a fraction of the amount found in lakes and reservoirs.

At any given time only about 0.001 percent of Earth’s water is in the form of atmospheric vapor a surprisingly small number given its crucial role in weather. However, this water recycles many times per year between the earth‘s surface and the atmosphere, a process that we experience as rain or snow.