It may be legal to experience a spiritual or healing journey on magic mushrooms sooner than you think—if you live in the right part of America. A group called the Oregon Psilocybin Society is pushing for a 2020 ballot measure that would make the Beaver State the first in the nation to legalize psilocybin, the primary active ingredient in numerous species of psychedelic mushrooms, in a therapeutic setting.

Psilocybin is currently listed on Schedule I under the federal Controlled Substances Act, which means it’s supposedly got no medical value and is ripe for abuse. Advocates who say the substance is safe and, in some cases, medically useful hope that in the absence of federal movement, states can start loosening restrictions on their own, just as many have for weed.

Oregon’s Psilocybin Society is led by Tom and Sheri Eckert, a husband and wife team who runs a therapy practice in the Portland area. The Eckerts say they believe psilocybin could be beneficial to their own patients, particularly those who have been victims of domestic violence. “Both of us have had interesting psychedelic experiences in the past and saw their power,” Tom told me.

“We put the dots together, realized this is relatively safe, certainly when done in the right way and following research protocol,” he added. “Seeing the incredible outcomes of research really motivated us.”

In recent years, research on psilocybin and other psychedelics has been ramping up, producing results that show potential for treatment of disorders such as depression, anxiety, PTSD, OCD, addiction, and more. Psilocybin in particular has been the subject of a series of studies performed atJohns Hopkins University, the Harbor-UCLA Medical Center, and New York University, which have found that it helped reduce anxiety in some individuals facing terminal illness, while increasing feelings of well-being and gratitude.

However, even as attitudes toward pot have continued to warm up, the appetite of the American public for legal psychedelics remains skeptical. A 2016 Vox/Morning Consult poll found only 22 percent of respondents in support of psilocybin decriminalization, with 68 percent opposed. Even fewer thought the substance should be legal for medicinal purposes: just 18 percent. On the other hand, a poll published by YouGov last month found 53 percent of respondents in support of researchon potential medical benefits of psychedelics, despite their legal status, with 21 percent opposed. If the substances were proven safe, a whopping 63 percent of respondents said they would personally consider treatment with psilocybin, ketamine, or MDMA, most commonly known as a component in many forms of ecstasy.

Read the full article at – VICE 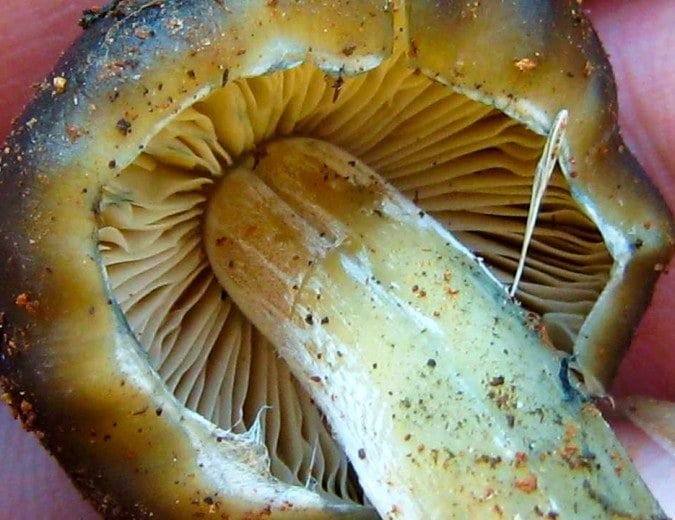 Psilocybin, the psychoactive compound in magic mushrooms, is proving a prodigious treatment for anxiety, depression, addiction, and one study even found it may lead to neurogenesis, or the regrowth of brain cells.   So when will doctors finally be able to write prescriptions for psilocybin?  In this opinion piece Dr. David E. Nichols, psychedelic research expert and co-founder of The Heffter Research Institute, explains what steps it will take to get medicinal psilocybin legalized.

Many people have now seen media stories about the renewed research interest in psychedelics as medicines, often called a “renaissance” in psychedelic research, over perhaps the past five years or so. Although many psychedelic substances have been used safely as medicines in indigenous cultures for millennia, we are now seeing renewed interest in these substances in Western cultures. As a co-founder of the Heffter Research Institute  I have watched with an increasing sense of both amazement and gratitude — that we have been able to accomplish so much in such a relatively short time. We are on the path to make psilocybin into a prescription medicine! The Heffter Institute has been a key driver of this “renaissance,” utilizing most of the donations we receive directly to support clinical research.

Heffter initially provided major funding for a small study of psilocybin treatment for obsessive-compulsive disorder (OCD) patients, at the University of Arizona. That study provided mixed but encouraging results that have yet to be pursued due to funding limitations.

Our first truly successful study was treatment of 12 terminal cancer patients who suffered from anxiety and depression. They were treated with a program of therapy that included psilocybin, the active component in so-called magic mushrooms. Participants showed a significant reduction in anxiety at one and three months after treatment, with no significant adverse events. That study, led by Dr. Charles Grob at the UCLA Harbor Medical Center, was published in 2011 in Archives of General Psychiatry, widely recognized as perhaps the top psychiatry journal in the world.

Subsequently, two additional studies were begun using psilocybin to treat anxiety and depression in cancer patients, one at Johns Hopkins University led by Dr. Roland Griffiths, and the other at New York University (NYU) directed by Dr. Stephen Ross. The patients in both studies have almost completed their treatments, then the studies will start the follow-up and data analysis stage. Preliminary analysis points again to significantly decreased anxiety and depression.

In addition, the Heffter Institute recently sponsored a study of psilocybin-assisted therapy in a pilot study of 10 volunteers with alcohol dependence. The principal investigator for this study was Dr. Michael Bogenschutz, at the University of New Mexico (UNM). Drinking decreased significantly beginning in the second month of treatment, after psilocybin was administered, and improvement remained significant for an additional six months of follow-up. There were strong correlations between the intensity of the experience in the first psilocybin session and clinical improvement following the session. Based on the positive findings from this pilot study, we are now implementing a larger randomized trial at UNM and NYU.

We also recently supported a pilot study by Dr. Matthew Johnson at Johns Hopkins, administering psilocybin within a 15-week smoking cessation treatment. Participants were 15 healthy smokers with a mean of six previous lifetime quit attempts who were smoking an average of 19 cigarettes per day for 31 years. Measures of smoking behavior showed that 12 of the 15 participants (80%) were no longer smoking at six-month follow-up. This smoking cessation rate substantially exceeds rates commonly reported for other types of therapies (typically less than 35%). These findings suggest that psilocybin may be a useful and potentially efficacious adjunct to current smoking cessation treatment approaches, and warrant a follow-up clinical trial. Results also illustrate a framework for research on the efficacy and mechanisms of psychedelic-facilitated addiction treatment.

When people hear that we are sponsoring medical research with psilocybin, they often ask, “How long before doctors will be able to prescribe it?” The process to get there is both expensive and time-consuming. To get a drug to market, that is, to make it into a medicine, there are three clinical phases that must be completed. Phase 1 involves giving a new drug to humans to determine whether it can be tolerated, if it is safe, and what doses are acceptable. For psilocybin, there are extensive data with respect to doses and safety of psilocybin, particularly as it has been used in the form of psychedelic mushrooms since prehistoric times. Further, none of the participants in our treatment studies has required medical or psychiatric intervention.

After passing Phase 1, the drug is then moved to Phase 2, where it is administered to patients suffering from the medical condition one wishes to treat. In our case, it is cancer patients who have severe anxiety and depression as a result of their cancer diagnosis, including those who are near the end of life. Although Phase 1 can be relatively small, Phase 2 studies must be large enough to demonstrate a statistically significant improvement in the condition being treated; in this case it is anxiety and depression.

Once Phase 2 studies have demonstrated that the medicine reduces the patients’ symptoms, called efficacy, a Phase 3 trial must be completed. Phase 3 studies are much larger, but use the same medication and essentially the same treatment paradigm that was used in Phase 2. Also, Phase 3 studies are typically conducted at several different clinical sites to show that the improvement observed in the Phase 2 studies can be repeated by other clinical scientists. When the Phase 3 studies are completed, if significant safety and efficacy can be shown, the FDA can then approve the medicine as safe and effective for the indicated condition.

One important implication of such a finding by the FDA concerns drugs that are controlled substances. Psilocybin is a controlled substance and is placed in the most restrictive category of drugs, Schedule I. Schedule I drugs can only be used in research; they cannot be prescribed as medicines. Drugs are placed into Schedule I if they meet three criteria, if they have: 1) A high potential for abuse; 2) No recognized medical use and; 3) No safety when used under medical supervision. All three of these criteria must be met when placing a drug into Schedule I.

To make psilocybin into a prescription drug, these factors must be addressed. First, the safety of psilocybin is being established not only by our studies, but also by studies in Switzerland and the U.K. The key point that needs to be addressed, however, is the issue of psilocybin having a recognized medical use. If our Phase 3 studies show efficacy in alleviating anxiety and depression in cancer patients, and the FDA recognizes that finding, we will have established a medical use for psilocybin. It then can no longer remain in Schedule I and will have to be placed into a lower schedule such as Schedule II or Schedule III. Although substances in Schedules II and III are still controlled, this rescheduling will allow psilocybin to be used by qualified physicians as a medical treatment for anxiety and depression.

How long will it be before psilocybin can reach the status of being a recognized medical treatment? Assuming that we can demonstrate efficacy in the Phase 3 studies, as it appears we have in the current Phase 2 studies, the timing largely depends on how quickly we can complete the Phase 3 studies. Our most efficient recruiting so far has been at NYU, where the study team has recently averaged 15 patients per year. We would plan to recruit patients across several clinical sites – optimistically up to five, and would expect that with average to good recruitment rates we might complete recruitment, study procedures, and data analysis in four to five years.

How much will the Phase 3 studies cost? As a not-for-profit institute, our costs have been lower than they might be if we were a for-profit pharmaceutical company. Even so, as an average, treatment is costing us approximately $25,000 per patient. That includes costs for clinical treatment rooms, medication, therapists, and many other ancillary costs required to carry out a clinical study. It would be reasonable to expect total costs for a Phase 3 trial of this nature to be on the order of $7.5-8 million.

longer patentable, and they work after one or sometimes two treatments. There is no money to be made with a non-patentable drug that is given only once or twice in a lifetime. Typical drug treatments are given daily, sometimes two or more times a day, and for many medical conditions the treatment can last years, or even a lifetime.

The next question they often ask is, “Isn’t there any government funding for this work?” Again, sadly, the answer has been no, although we hope that may change as our studies progress. We must still overcome the echoes of the past, where psychedelics were considered dangerous and unpredictable. Fortunately, more enlightened voices are beginning to prevail and the landscape is slowly changing. If you would like to become a part of this powerful and emerging medical science,

Go to the web site www.heffter.org and make a donation to support their work.