Deadly conditions like leukaemia, sepsis and malaria could be drawn from the body using magnets, after a British engineer designed a blood filtering system which sieves away disease.

Dr George Frodsham, came up with the idea while studying how magnetic nanoparticles can be made to bind to cells in the body, to allow, for example those cells to show up on scanners.

But he realised that if it was possible to magnetise cells for imaging, it should also be possible to then suck them out of the blood.

In theory, any bacterial infection, blood cancer, or virus that could be grabbed by a tiny magnetic particle could be removed from the body without the need for lengthy treatments with harsh drugs.

The first human trials of the technology – called MediSieve – are awaiting approval from the Medicines and Healthcare products Regulatory Agency (MHRA) and are likely to start next year. Testing will begin on malaria in 2020 followed by trials to see if the device can remove sepsis-causing bacteria and dampen down the deadly immune response by 2021.

Dr Frodsham, the CEO of MediSieve, a spin-off from University College London (UCL), said: “In theory you can go after almost anything. Poisons, pathogens, viruses bacteria, anything that we can specifically bind to we can remove. So it’s a very powerful potential tool.

“When someone has a tumour you cut it out, Blood cancer is a tumour in the blood, so why not just take it out in the same way?

“Now is we know it’s possible, it’s just a question of figuring out some of the details.” 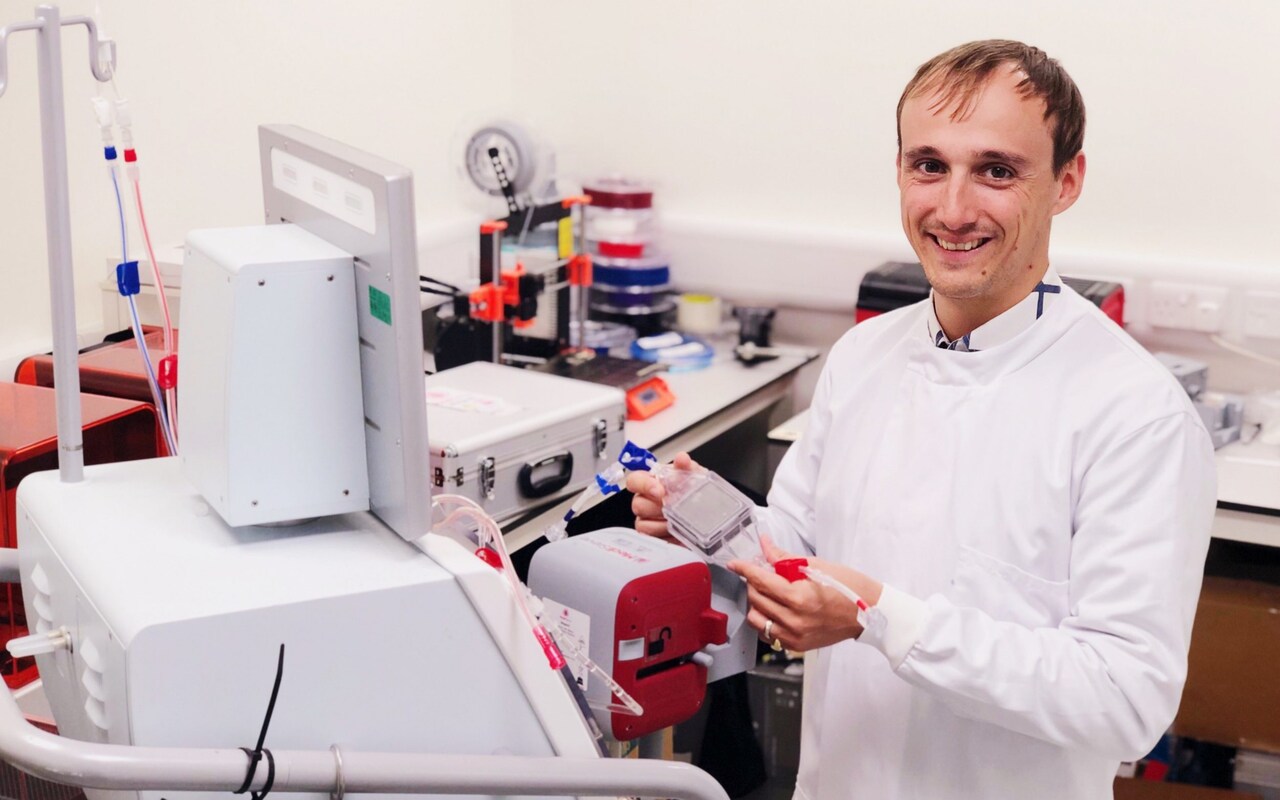 The filtration system works in a similar way to dialysis. Blood is removed from the patient and infused with tiny magnetic particles which bind to the specific disease. Those bound substances are then trapped in the system using magnets and the ‘cleaned’ blood is pumped back into the body.

The blood could be run through the system several times until the disease is at such low levels that it can be removed by the immune system or a short course of drugs. And the whole process is likely to take just two to four hours, although could be repeated if necessary.

Curiously, malaria becomes magnetic naturally when it enters the body because it targets iron rich red blood cells which means that the first step is not necessary.

“The malaria parasite invades the red blood cell and consumes the haemoglobin, and therefore it leaves an iron based waste product, which it then takes inside itself. So effectively malaria parasites poop is magnetic and then it eats its poop,” added Dr Frodsham.

“We can never get to 100 per cent with something like this so you can get to 99 per cent so you can rely on the body to mop up the rest or you will be looking to use alongside drug therapy.

“With sepsis we’re going after five different targets, both the root causes and mediating the immune response,” he said. 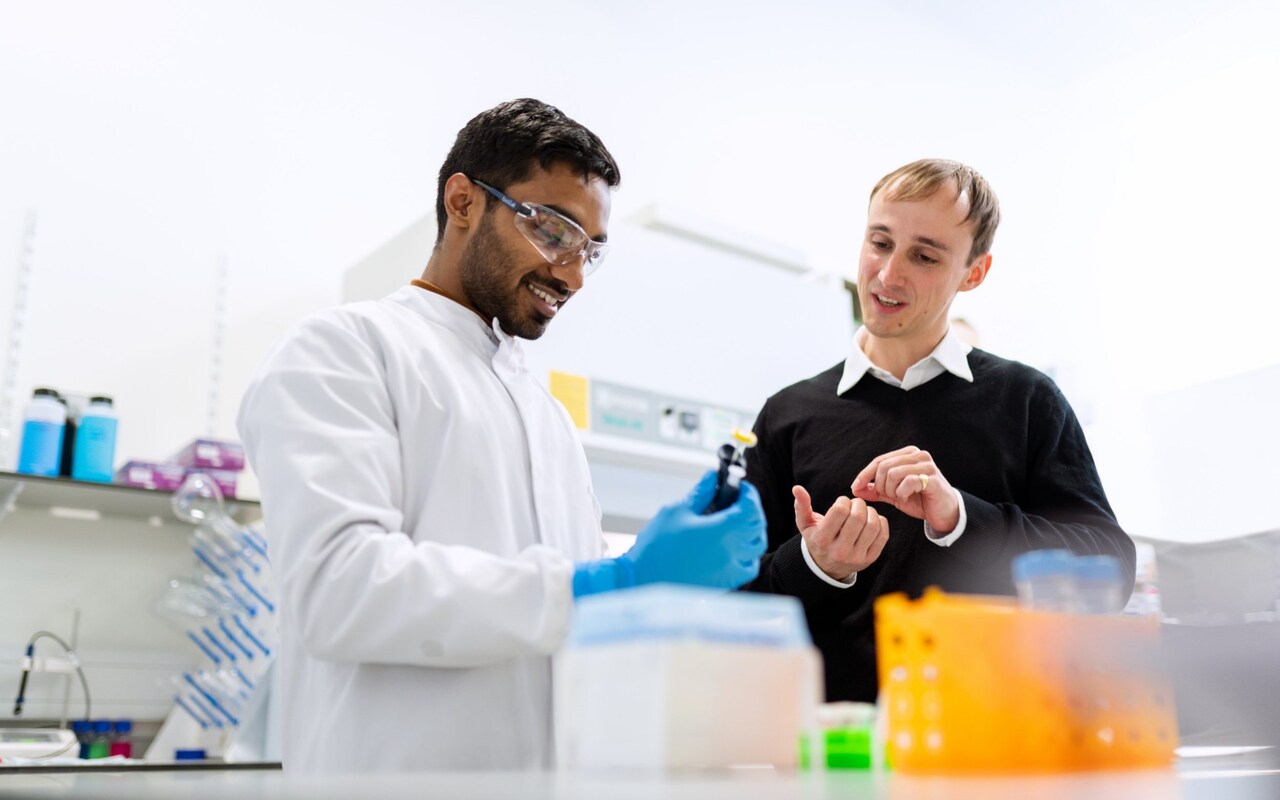 Charities welcomed the new development saying that new treatments were desperately needed for blood cancers like leukaemia and they looked forward to the results of clinical trials to see if it would be an effective solution.

Dr Alasdair Rankin, Director of Research at the blood cancer charity Bloodwise, said: “As surprising as it sounds, laboratory scientists have used antibodies attached to magnetic beads for decades to separate out cells for their experiments.

“ Unfortunately, blood cancer cells don’t all circulate in the blood. Some stay in the bone marrow and lymph nodes and the only way to cure blood cancers like leukaemia is to eliminate these cells completely – or the cancer will return.

“But this is an interesting idea – by removing cancer cells from the body rather than killing them with drugs inside the body, this sort of approach could reduce the need for drugs with toxic side effects.”

Earlier this year Dr Frodsham won the BBSRC (Biotechnology and Biological Sciences Research Council Innovator of the Year Award and is hoping that the device will inspire a new generation of engineers to find technological solutions to the big medical problems rather than simply looking for new drugs.

He is backing the new Royal Academy of Engineering campaign ‘This is Engineering’ which aims to show there is more to the profession than building roads and bridges.

“We’ve put blinkers on ourselves,’ he said. “ Anyone who is looking at new solutions to malaria were looking at drugs,and it hadn’t entered anyone’s mind you could use a devices and I said ‘look we have this physics we can use’.

“If you look in hospitals, everything is being done by engineers. All the equipment and the surgical stuff and the syringes and the machines and monitoring to to keep you alive.

“If people are looking for a potential career in which they want to change the world and benefit people and honestly don’t into medicine go into engineering, you will have a much bigger impact. A doctor will never treat a million people but an engineer could.”

Read the full article at Telegraph