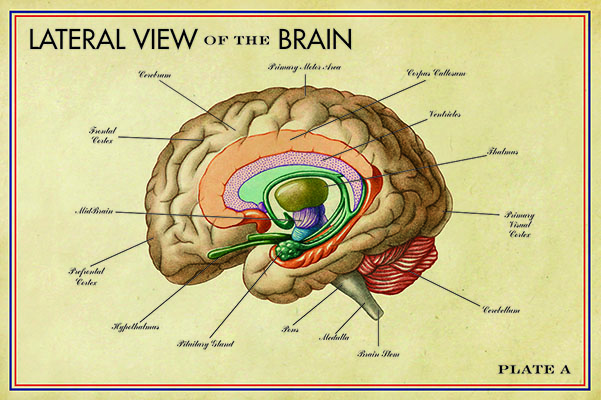 One of the most exciting findings in the past few years is that coordination among the key players of this network is substantially affected by training and experience.

Hikaru Takeuchi and colleagues found that working memory training resulted in measurable changes in the structural connectivity of aspects of the prefrontal parietal network, including areas of the parietal lobe and the anterior part of the body of the corpus callosum. Likewise, Dietsje Jolles and colleagues found that 6 weeks of practice with working memory caused increase connectivity between the right middle frontal gyrus and other regions of the prefrontal parietal network.

Similar findings have been found for reasoning. After just three months of reasoning training among a sample of 23 participants enrolled in a course to prepare for the Law School Admission Test (LSAT), Allyson Mackey, Kirstie Whitaker, and Silvia Bunge found plasticity in the white matter structure of the frontal and parietal lobes.

The researchers were particularly interested in increases in communication between the lateral parietal cortex and the frontopolar cortex (BA 10), which resides all the way at the front of prefrontal cortex just above your eyes. Among its varied functions, the frontopolar cortex is associated with relational integration, the simultaneous consideration of multiple relations among various features of a problem. This skill is essential for abstract reasoning and high-level representations.

Nevertheless, these findings do serve as proof of concept that reasoning training– even as brief as 3 months– can significantly alter connectivity in a brain network critical for high-level reasoning. These findings should not be understated, as they challenge traditional notions that intelligence is fixed, and that patterns of connectivity in large-scale brain networks at rest are stable across time. Engagement strengthens connections between disparate specialized brain regions. As Silvia Bunge told me in a personal correspondence, “These data underscore the point that our mental agility at a given time reflects the prior history of activation of specific brain networks.”

Read the Full Article at ScientificAmerican

Researchers have been studying the placebo effect for decades — and there’s plenty of evidence it works. So much so that a 2010 survey of more than 400 docs found that a whopping 56% said they’d actually prescribed placebos to their patients.

What exactly is the Placebo Effect?

Placebo – from the word  placeō, “I please”

It is a simulated or otherwise medically ineffectual treatment for a disease or other medical condition intended to deceive the recipient. Sometimes patients given a placebo treatment will have a perceived or actual improvement in a medical condition, a phenomenon commonly called the placebo effect.

How can we use the placebo effect on ourselves?

The students in the placebo sleep study who thought they’d slept well were sharper when it came to cognitive function the next day. Even if you didn’t log a solid eight hours, try to focus on how much rest you did get rather than stressing about the hour you lay awake.

An unusual study on placebo effect and fitness found that people who were told they were getting exercise in their daily lives — in this case, a group of hotel maids — actually became healthier without increasing their activity outside their jobs. Now, this isn’t an excuse to ditch working out altogether, but during those periods when you just really don’t have time for the gym, your health may benefit from making a list of all the ways you stay active during the day, like cleaning the house, taking the stairs, playing with your kids, or walking the dog.

“Thinking positively, which is an extension of the placebo effect, is related to a whole host of good health outcomes,”

Think of new ways you can convince yourself to feel good … and you will!