Iridology   is an alternative medicine technique whose proponents claim that patterns, colors, and other characteristics of the iris can be examined to determine information about a patient’s systemic health. Practitioners match their observations to iris charts,which divide the iris into zones that correspond to specific parts of the human body. Iridologists see the eyes as “windows” into the body’s state of health.

Ignatz von Péczely, a 19th-century Hungarian physician is usually credited with inventing iridology. He got the idea for this novel diagnostic tool when he saw a dark streak in the eyes of a man he was treating for a broken leg and it reminded him of a similar dark streak in the eyes of an owl whose leg he had broken years earlier. If you are interested in learning more about Iridology go here

Chelsea Loves Yoga is a great website for new comers of yoga to get started. Combining community and yoga is a great way to grow progressive minds of all ages.  www.Chelsealovesyoga.com 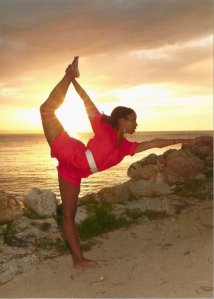 A possible video/ Interview coming soon???  I definitely could learn a more from her insight and knowledge. Anything is possible. We will work on it!  INFOCUS247